Bitcoin As A Potential Investment Option In The Philippines 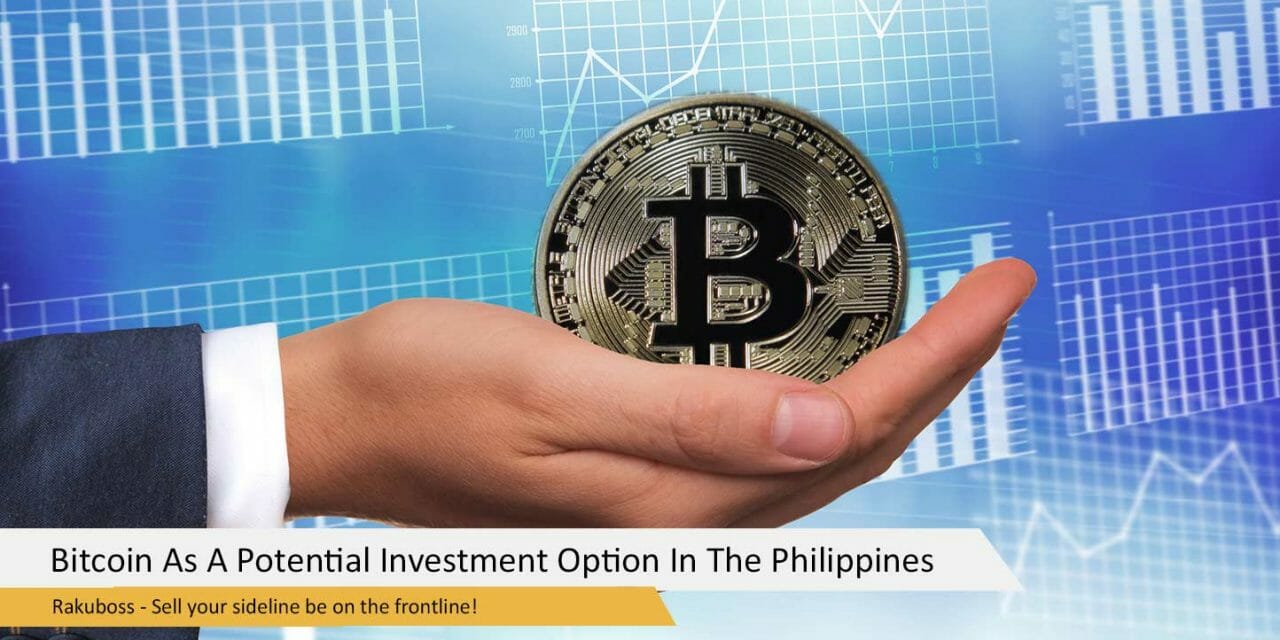 Bitcoin and cryptocurrencies continue to gain popularity because of its digital nature. Bitcoin, for one, has been placed by many financial analysts in a position to rise behind risks and volatility. That’s why it’s no surprise that it’s claiming the interest of investors from various countries.

Today, developed countries are slowly warming up to Bitcoin, and many eye it as a potential investment. But how about the Philippines and its aspiring investors? Let’s take a look at what Bitcoin is, how it works, and how it can be used as an investment in the Philippine market.

Bitcoin is a cryptocurrency. Cryptocurrencies have two functions: digital money and payment system. Bitcoin, and maybe the idea of cryptocurrency as a whole, was invented by a mysterious person who goes by the name of Satoshi Nakamoto. It was released in 2009 and is considered the first and most popular decentralized mode of exchange worldwide. It’s the only one of its kind for years until other cryptocurrencies emerge in the picture. It’s safe to say, however, that Bitcoin remains king until today.

How Does It Work?

Cryptocurrencies are digital, so all transactions are done online. Unlike traditional real-money transactions, Bitcoin is not handled by banks, governments, middlemen, or any financial institution with a central authority. All Bitcoin transactions are solely peer-to-peer, from one person or institution to another.

Where Can I Get Bitcoins?

Like fiat currencies or regular money, Bitcoin also requires storage for sending and receiving: a Bitcoin wallet. This wallet doesn’t only store the currency but also the necessary information needed to make Bitcoin transactions, i.e. private keys and addresses. Wallets can be in the form of software, online, hardware, or paper — Yes, it can also be physical. Hence, users need one before owning Bitcoins and doing any transaction.

The easiest way to get Bitcoins is through transfer and exchange—either with real money via bank transfer or credit and debit card transactions. Once you have a Bitcoin wallet, you can make transactions on international Bitcoin exchange sites and apps like Bitstamp, Bitfinex, and Coinbase. If you live in countries where Bitcoin and cryptocurrencies are legal and supported, you can but Bitcoins using special ATM’s.

In the Philippines, you can buy Bitcoins from remittance centers and banks that support cryptocurrencies in exchange for Philippine Peso. The current exchange rate at the time of writing is 1 PHP = 0.0000023 Bitcoin. Over the counter, you can convert your cash to Bitcoins at Palawan Pawnshop or Moneybees.Ph. If you want digital transactions through cryptocurrency exchanges, transact with Coins.ph, VHCEX by VCPI Philippines, Abra (through banks or credit card), or Cex.io (credit cards only). A more secure option is to buy and withdraw Bitcoins at UnionBank Crypto ATMs.

Another way is through Mining, a process where new Bitcoins are created. It can be in forms of rewards or payments from one user to another. Though rare, Bitcoin miners exist, and they are the authorized persons who validate and secure transactions. In response, they receive Bitcoin as a reward.

How Does Bitcoin Differ From Real Money?

Bitcoin and cryptocurrencies are as valuable as real fiat currencies—dollars, yen, pesos. But cryptocurrencies have a world and a mind of its own. Here are some of the major distinctions of Bitcoin from traditional money:

No central authority owns or controls Bitcoin, not even Satoshi Nakamoto himself. Again, it has a mind of its own. So, Filipino buyers, sellers, and traders of Bitcoin have a high degree of freedom with regards to Bitcoin and cryptocurrency ownership. Although Bangko Sentral ng Pilipinas (BSP) encourage cryptocurrency-driven companies to have their businesses accredited, government, banks, or any financial institution don’t have control over Bitcoin and all its transactions.

Contrary to popular belief, Bitcoin is only pseudo-anonymous. That doesn’t mean it’s a bad thing. It just means that you can’t be fully anonymous when using Bitcoin as a mode of payment. Bitcoin addresses generated for use, transfer, or purchase change with each transaction. These addresses cannot be linked to a person or institution. Instead, they are all recorded on a public ledger known as the Blockchain.

Blockchain technology is a shared ledger online. It keeps all cryptocurrency transactions in blocks and acts as a public record. When you buy, sell, store, or transfer Bitcoins, the Blockchain will link the transaction to a public Bitcoin address. However, that address would not contain names or other personal information.

Bitcoin is affordable and convenient

Bitcoin is synonymous with convenience and affordability. As long as you’re in an area or domain where Bitcoin is supported, you can buy, sell, and spend Bitcoins anywhere in the world using a Bitcoin wallet. You can buy and sell Bitcoins from and to the Philippines. Transferring Bitcoins require zero to low transaction fees. To top it all off, sales taxes are not included in the transaction.

Research estimates that there are at least 2.9 billion people with active cryptocurrency wallets. Although people are still debating whether Bitcoin would dominate the market in the near future or not, its skyrocketing number of users is a good thing. Bitcoin’s popularity is rapidly increasing, and developed countries where peer-to-peer transactions are not always available are warming up to cryptocurrencies. The Philippines and other parts of Asia have yet to explore the benefits of Bitcoin as a currency. But it’s worth noting that Bitcoin is accessible in the country.

Bitcoin As An Investment

Now, for the million-dollar question: can Bitcoin become an investment?

Bitcoin and cryptocurrencies are mostly used for buying goods and services. And surprisingly, the majority of cryptocurrency users are online gamblers. Bitcoin’s ability to provide pseudo-anonymous and decentralized transactions is appealing to online casinos and betting sites. But Bitcoin is more than just a digital currency for buying and selling, it can also be used as an investment. What’s more, it can function as an asset or collectible.

Bitcoin can be an asset—like a business that generates cash flows. In this case, Bitcoin has a promise of increased value in the future. That, of course, depends on the market and the future of cryptocurrency. As an asset, Bitcoins can be sold or converted to fiat currencies when the conditions are favorable or when the demand is high.

Although the main function of Bitcoin is to act as a digital currency, many analysts have argued that it is destined to become an asset, one way or another. Bitcoin may fail as a payment system because fiat currencies will likely remain as the legal tender of most countries.

The best examples of collectibles are art pieces and merchandise. Most of them are solid, tangible. Bitcoins are not a tangible investment, but they can become collectibles given that many people are interested in buying one—may it be today or in the future.

In addition, you’d be glad to know that there is an emerging market of physical Bitcoins today: Casascius Physical Bitcoins. These coins are made by popular Bitcoin user Mike “Casascius” Caldwell. Casascius Bitcoins are made from metal and are protected by a tamper-resistant hologram. They are available in 1, 10, 25, 100, and 1000 BTC increments—equal to the coins’ embedded piece of paper carrying a digital Bitcoin value. If the market grows, we’ll soon have a physical representation of Bitcoin collectibles in the future.

How Can I Invest In Bitcoin In The Philippines?

Now that we’ve established that Bitcoin can be an investment, we’ll dive into the ways on how you can start investing in Bitcoin in the Philippines. Developed countries have already warmed up to Bitcoins and cryptocurrencies—such as Dubai, the United States, Canada, China, and Australia. The Philippines hasn’t entered that path yet, but you can still invest in Bitcoins using Philippine peso. Here’s how:

Create A Digital Wallet  Based In The Philippines

You can get any type of wallet from any brand, but it’s best to acquire one locally. Transactions and verifications are much easier if done locally. Some local companies offering Bitcoin wallets are Coins.ph, Abra, PDAX, Citadax, and Coins.Pro. The latter three are recognized by BSP.

Only buy Bitcoins from reputable agencies and payment centers we’ve mentioned before to ensure swift and secure transactions. In case you found a cheaper option through person-to-person transactions in the Philippines, we highly advise you to meet the person face-to-face or ask for personal details that you can use as collateral. Remember that Bitcoins are virtual coins. Although the actual transaction is safe and secure, you won’t know the intention of the person on the other side.

Hold On To It While It’s Volatile

In actuality, Bitcoin is always volatile. That’s why some countries are still skeptical about granting 100% entry to Bitcoin as a currency, commodity, asset, and collectible. The best thing to do is allot a small portion of your savings into your Bitcoin wallet, and hold on to the funds while Bitcoin is highly volatile. Bitcoin has its fair share of all-time highs and lows. It’s unpredictable.

Trade Your Bitcoins When The Time Is Right

If you’re having a hard-time making confident and informed decisions, you can seek help from finance experts knowledgeable about Bitcoin and cryptocurrencies. Rakuboss.ph, a Filipino skills marketplace, offers for-hire Filipino finance experts and consultants at a reasonable price. Some finance experts even provide free advice and evaluation before committing to potential long-term employment with you.

What Are The Top Risks Of Investing In Bitcoin?

Yes, Bitcoin can be an investment. But we won’t know for sure if it’s a good or bad investment since it’s a virtual coin that is not universally-recognized as a mode of payment or investment. So far, it’s in between. Regardless, we can’t deny the fact that some investors and entrepreneurs entered the world of Bitcoins and came out rich. Take Tyler and Cameron Winklevoss, Barry Silbert, Blythe Masters, and Dan Morehead as an example.

So, if you think cryptocurrencies can be a good investment, no one’s stopping you. We highly advise, however, that you keep these risks in mind:

The number one reason why people are still debating whether Bitcoin is a good investment or not is its volatility. The price of Bitcoin is highly unpredictable since it has low market liquidity. Many people still hold on to their tangible assets these days, especially gold and fiat currencies. The cryptocurrency market is still relatively new and small.

For your reference on Bitcoin’s volatility, here’s a graphical representation of its all-time highs and lows:

No one owns or regulates Bitcoin, not even Satoshi Nakamoto. All transactions are recorded on the Blockchain—which is no one’s property as well. For that reason, countries find it difficult to regulate Bitcoin. Should you encounter technical issues while investing, you have nowhere to run to. Although you can hire Filipino financial consultants, neither you or your consultant has control over cryptocurrency regulations.

The future is digital, but people still find comfort in physical money and tangible assets. That’s why many people still trust the power of fiat currencies. After all, they are less volatile. Bitcoin still uses young technology that only millennials and digital natives can understand. You need to carefully understand how it works before you invest—which would demand time and effort. Further, you can only use Bitcoin for digital transactions. 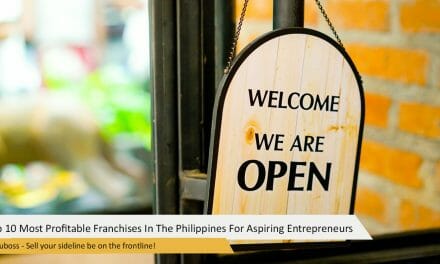 Top 10 Most Profitable Franchises In The Philippines For Aspiring Entrepreneurs 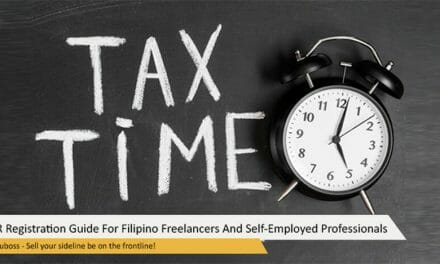 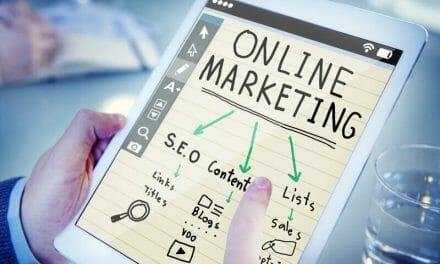 Starting Your Startup: Why And How To Invest in SEO 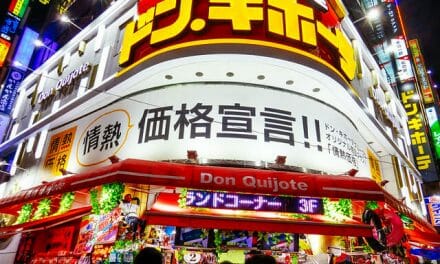